Why India must have a sustainable mix of energy 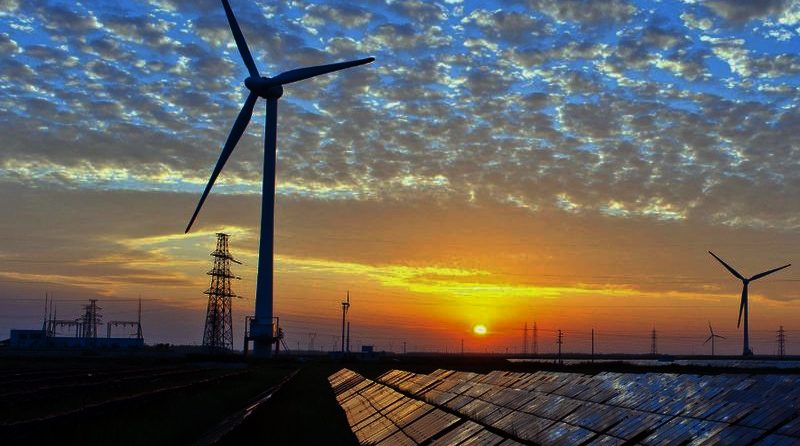 In December 2015, the debate on climate action reached a defining moment, when world leaders signed an agreement to build a clean global economy at the Climate Change Summit in Paris. On the same platform, the world also saw India emerge as a leader at the forefront of that change, as it accepted the need to curb carbon emissions and reinforced its development imperative. This is further reinforced in India’s Intended Nationally Determined Contribution (INDC) that says that just because the economic development of many countries in the past has come at the cost of environment, it should not be presumed that a reconciliation of the two is not possible.

As India stands on the threshold of a major transformation, bringing new opportunities to its 1.3 billion people, adequate energy supply will be crucial. A country that is extraordinarily rich in biodiversity, with species of rare flora and fauna is threatened today by over-exploitation and climate change. A study has highlighted that in Delhi, 95 per cent of the day’s pollution levels exceed the national standards. Bengaluru, Mumbai, Pune and Hyderabad too are struggling with poor air quality on most days with pollution levels rising above permissible limits – 72 per cent, 33 per cent, 57 per cent and 45 per cent, respectively. Even smaller cities like Kanpur, Raipur, Agra, Patna and Varanasi are showing alarming pollution levels. Harnessing alternative sources of clean fuel and gas in India is a need of the hour, not just to meet the peaking demands of power across the country but to overcome this looming threat.

Natural gas is the cleanest option we have that is not only safe but is also cheap and emits less than half the carbon emitted by coal when used in power generation. Moreover, it is quite versatile and can be used in process industries and transport. Earlier this year, vehicles running on compressed natural gas (CNG) were exempted from the odd-even rule in Delhi. The Supreme Court also ordered the Delhi government to pull 30,000 cabs off the roads as they run on diesel or petrol rather than CNG. All this reiterates the fact that gas is not just cheap but also safe and clean, making it a viable source of energy. There is also an opportunity to harness biogas from multi-feedstocks, which can provide an ecological balance along with environmental sustainability. Additionally, the potential for biogas energy production in the Indian subcontinent is enormous. Upgradation of Biogas can also lead to Bio-CNG.

Thus, it is imperative that the central government and state government are in consensus and are willing to create some potential synergies and opportunities that are mutually beneficial. However, at the moment the Centre and states often have different and clashing views on financials of a gas pipeline as well as its modus operandi. One major roadblock in India is the lack of a single central body that is responsible for energy policy and regulatory affairs which results in inconsistencies for sub-sectors, i.e., coal, oil, electricity and gas. Thus, there is an urgent need to incentivize the overall fiscal and policy framework that will not just boost gas production and consumption but also helps in the right balance of fuel mix.

India needs to lower its carbon footprint and the government has taken a number of steps to encourage the transition to a low-carbon economy. Renewable sector and the gas industry in India have witnessed reasonable growth in terms of demand over the last few years. However, this growth has been uneven with the renewable sector growing by 13.7% while natural gas has actually shrunk and fallen below the previous year consumption. In contrast, coal has grown by 4.8% while oil has grown by an astounding 8.1%. This further emphasizes the requirement for a single central body for an energy policy that encourages the right balance of fuel mix.

Moreover, renewable energy in its current state has not been able to meet the peaking demands of energy. One of the major constraints of renewable energy is the reliability of energy supply. For instance, solar or wind energy is heavily dependent on weather conditions for its source of power. Such an intermittent and unpredictable supply of energy will not be able to meet the demand during peaking hours. Another disadvantage of renewable energy is that it is difficult to generate power as large as those generated by traditional energy sources. The answer here is not to pick one source of energy over another. Instead, it is vital to recognize the role that different fuels can play at different stages by streamlining their potential. For instance, natural gas can absorb the infirm renewable energy and consequently, provide support during peaking hours. This would not just ensure the efficient use of energy from all the sources but will also meet the drawbacks of renewable power generation.

India is going to face a substantial increase in energy demand in the next few years, with increased industrialization and higher demand for electricity. Electricity is essential in sustaining economic activities and generating employment opportunities. The Government needs to reassess how India produces and consumes energy and together with stakeholders’ work towards a lower-carbon future. Technological intervention in industries can improve energy efficiency, reduce emissions, and result in financial savings. State governments must work towards enforcement of national orders to monitor air quality and adopt fuel standards. India must adopt an energy system which is more efficient, has a sustainable mix of energy sources providing a balance between conventional and non-conventional. Undoubtedly, CNG and Bio-CNG are going to play a major role in it.

To Summarize, “Energy Technologies” can be made affordable, scalable and deployed even at the grassroots level to meet all the basic energy requirement of the human race & also looking at the present energy crises/deficit and increasing Global Climate Change through excessive dependence on conventional sources of energy makes a proper Energy mix not a matter of choice now – It’s a Compulsion!

Republished from EnergyWorld, from The Economic Times. To check, please CLICK HERE