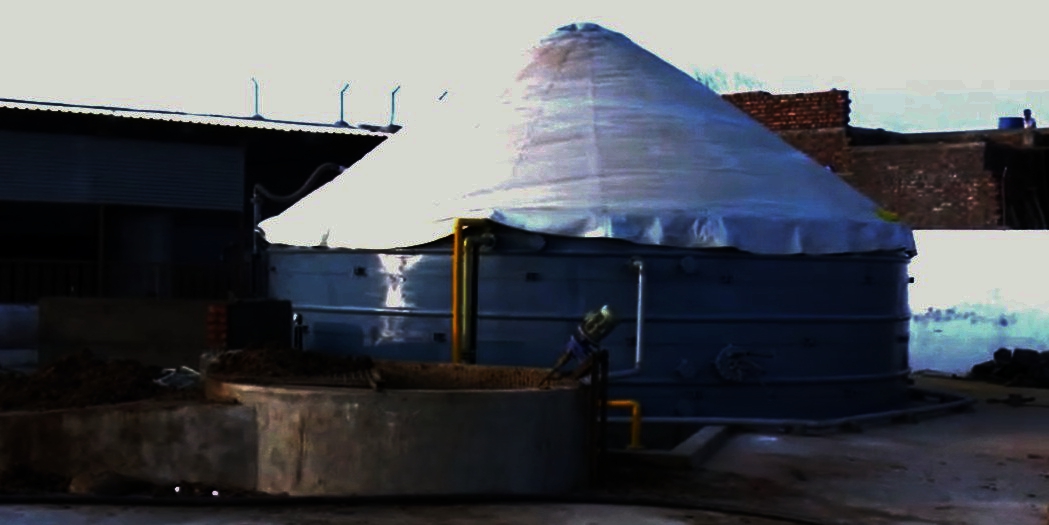 At present, India is constantly trying to figure out the self-sufficient poultry and the dairy farming industries including Gaushalas – from a technical, financial and social sustainability perspective.

Although a number of poultry and dairy farms and Gaushalas are flourishing across the country, their sustainability remains an issue to be considered. Particularly, Gaushalas, which may consist of milking and non-milking cattle, requires large amounts of cattle feed, meal supplements, sometimes antibiotic drugs and other inputs. The Gaushalas along with the dairy farming industry in India has grown massively in the last few decades to create the largest livestock population in the world. After witnessing steady success in milk and livestock production over the years, this industry is now facing several challenges.

A chronic shortage of cattle feed coupled with the poor quality of fodder has become the major constraint. In the current system of intensive livestock production, there is a high emphasis on concentrate feeding, which has increased the cost of milk production and has substantially decreased the profits for owners/farmers.

Choosing the right breed of animal is the first aspect to be addressed in dairy farming and Gaushalas. Most farmers choose animal breeds purely on milk yield without considering their suitability to the local climate, soil, feed availability, resistance to diseases & pests and environmental conditions. We feel that indigenous breeds such as Murrah Buffalo or Sindhi or desi cow would be more appropriate for Indian climatic conditions.

At present, high yielding cattle types need a stable supply of quality fodder. While most cattle feed for conventional dairy farming is bought from the market, sustainable dairy feed needs to be grown internally or bought locally in the village. While dry fodder can be bought locally, green fodder needs to be grown inside the farm. High yielding Bajra Napier hybrids can be grown in fertile and well-irrigated land, while Guinea grass can be grown in barren rain-fed land.

Apart from growing organic fodder, it is important to ensure the manure, urine and other wastes are disposed of in compost pit. Prevent the untreated sewage sludge from being applied to land used to grow crops. Only composted organic matter must be used for fertilizing crops. Having a Biogas unit will not only solve the problem of waste disposal but also provide ready manure for fertilizing crops.

Although dairy farming is not an energy-intensive activity (not considering the milk processing part), there is a need for electric power and heating. Instead of relying on the highly unreliable grid power from the electricity boards, farmers utilize diesel generators, which are costly to run. It would be sensible to utilize Biogas since the fuel input is readily available. In fact, the biogas produced from one cow can fuel the cooking need of one person on a daily basis. Further, Biogas can be used for milk heating and chilling purposes as well. Solar power panels have become quite cheap today so that farmers can afford to light up their entire household.

This way, sustainable dairy farming can not only be viable to small farmers but also be eco-friendly by reducing carbon emissions and increasing organic fertility.

As per an estimate of the Animal Welfare Board of India, there are more than 4000 Gaushalas with around 1000 Gaushalas having more than 200 cattle heads. In recent times, the government is promoting biogas generation programs in Gaushalas and looking forward to providing all the needful support to developers of biogas projects in Gaushalas. The National Biogas and Manure Management Program (NBMMP) and the Biogas Power (off-grid) Program (BPP) are the existing flagship programs of MNRE in this regard, which continue to evolve according to contemporary requirements. As a matter of fact, despite such programs being in place for several years, biogas projects in Gaushalas are definitely lagging behind their true potential. Apart from the government policies, there should be a repertoire of success stories, which would create the needful impetus for project developers to take up more such projects.

One Gaushala based biogas plant is recently installed at Shree Lalji Maharaj Gaushala in Gujarat. The installation generates biogas from cattle dung and coverts into the Bio-CNG plant with indigenous technology.

The Gaushala has around 250 livestock. Another Gaushala (with a similar number of livestock) in the vicinity also provides the feedstock supply. Around 200-250 m3 of biogas is being produced, which generates around 100 kg Bio-CNG, also known as CBG (Compressed Biogas). CBG is price-competitive renewable energy that is presently used for cooking in nearby Shree Lalji Maharaj temple for about 1000 devotees/day on average. The compression facility for filling in the cascades has been designed with the possibility for the usage of CBG as vehicular fuel too. The produced bio-fertilizer goes back to nearby farm fields in tankers, where cotton, wheat, rice, oilseeds, and vegetables are cultivated.

Salient features of the plant:

The economics of installation of such plants would very much depend on the local requirements. According to Atmos Power Pvt. Ltd., for the mentioned plant, the specific capital cost involved is to the tune of 14000 (INR/m3) without gas-upgradation system and 25000 (INR/m3) with gas upgradation system. The specific cost would further reduce with the economy of scale and vice-versa.

Conclusion This Biogas plant may serve as an example, where waste from the livestock sector become a resource for meeting cooking needs. There also lies a possibility to use the produced CBG for vehicle transportation. Such biogas plants may prove to be the key to utilize the immense potential trapped in abundant quantities of waste feedstock (primarily in form of animal manure) in the rural parts of India!