Time for India to be sustainable in its energy needs 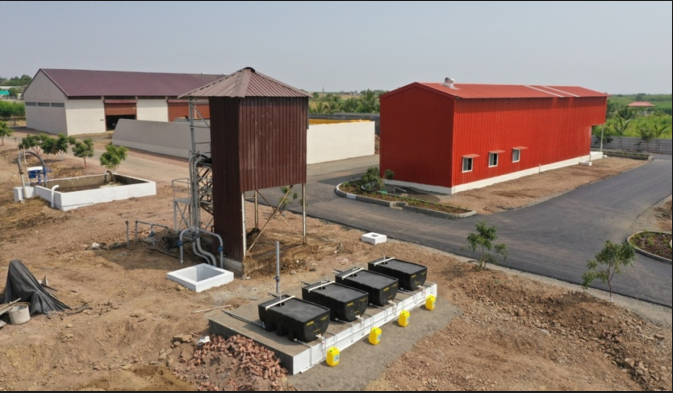 Energy consumption has increased as a result of the reopening and as the nation approaches the height of the summer, but supply has been disturbed by a decrease in the number of railway rakes available to transport coal and other relevant factors. In general, rising population, industrialization, and the implementation of development plans for the country’s overall growth are some of the core reasons for an increase in the energy demand. Prime Minister Narendra Modi stated in his opening speech at the World Sustainable Development Summit that India’s energy demands are anticipated to double in the next 20 years and that denying people this energy would be the same as denying millions of people life (WSDS).

Of course, India has to ramp up its power production capabilities to meet the rising demand for electricity. But we need to be aware that energy production is responsible for more than a third of the world’s greenhouse gas emissions, which cause pollution and climate change.

India’s energy generation is largely dependent on coal. Currently, coal-fired power plants in India generate 70% of the country’s electricity. These facilities are responsible for 60 percent of particulate matter emissions, over 80% of mercury emissions, over 50% of SO2 emissions, and 30% of NOx emissions. Apart from GHG emissions, these power plants consume a lot of fresh water. Furthermore, coal mining causes pollution, deforestation, conflict with local communities, and wildlife destruction.

Increased imports of coal are another challenge faced by India. Imports of coal in the country increased from 215 million tonnes in 2013-14 to 230.24 million tonnes in 2020–21. The rising tensions and conflicts between global nations have caused a spike in global energy prices, significantly increasing the cost of importing coal and other fossil fuels and disrupting energy supplies. While other countries have made the switch to alternative technologies and renewable energy sources, India is yet far from its target for producing green energy. For example- Japan and Korea, have made significant investments in hydrogen technology, Japan has invested USD 802 million in FY 2021 for clean hydrogen. Korea has ambitious plans to generate and supply clean hydrogen to the world by increasing its production from 130,000 tons to 5.26 million tonnes by 2040.

India currently has a 26.53% share of renewable energy in the total installed generation capacity. The country plans to install 500 gigawatts of renewable energy facilities by 2030 to cover 50% of its energy consumption from renewable sources. The country hopes to cut overall emissions by 45 percent and CO2 emissions by a billion tonnes as a result of this initiative. Transitioning to renewables and green energy will help the country not only deal with rising energy costs and combat climate change, but will also create jobs. Solar power, biogas, and other green energy technologies are more labour-intensive in comparison to conventional methods. According to estimates, if India achieves its aim of installing 500 gigawatts of renewable energy plants, it will create over a million jobs. Furthermore, switching to sustainable energy sources can support new business ventures as well as local businesses.

Climate change is another outcome of our over-dependence on fossil fuels for our energy needs. Floods, famines, increasing temperatures, and reduced soil fertility are some of the ill effects of climate change that the country is already grappling with.  In order to secure energy and meet climate targets, India must move from fossil fuel-dominated energy generation to sustainable energy generation. According to estimates by the World Economic Forum, by shifting towards renewables, India can save over $90 billion in imports between 2021 and 2030; this, even if half the generated renewable power is used to replace imported coal.

To meet the capacity installation goals, India has to devise a holistic strategy. Power generation should also be decentralized to reduce the cost of energy production and smoothen the distribution process. Incentives and financial aid must be provided to address the working capital problems and high installation costs in the renewable energy sector. The biogas sector should be given proper incentives through Central Financial Assistance and fast-track distribution of incentives should be implemented to promote the production of clean energy.