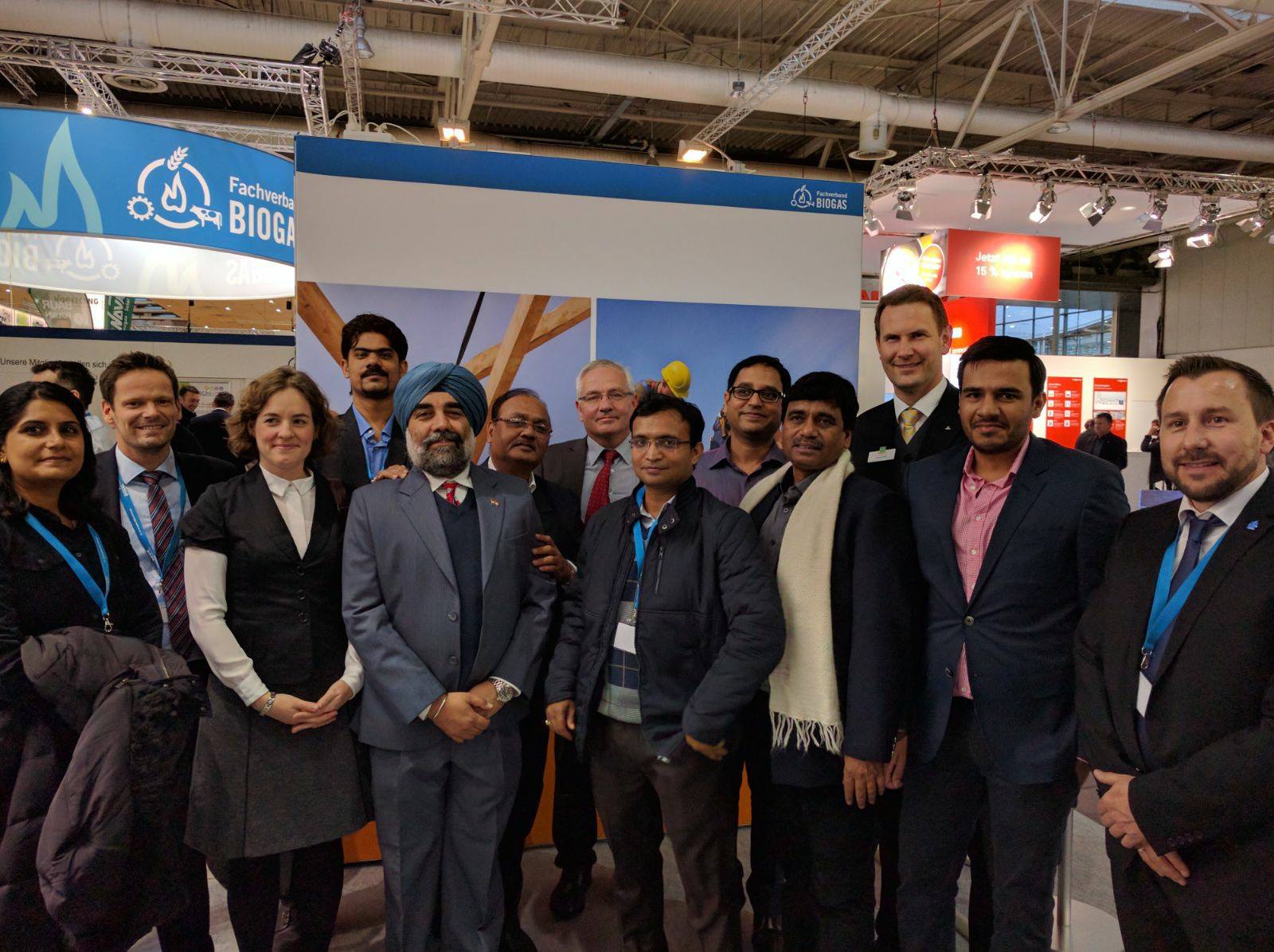 Indian Biogas Association (iba) in association with German Biogas Association (GBA, Fachverband Biogas) organized a trip of Indian delegates to Germany between 12th November, 2016 to 19th November, 2016. The scheduled trip was part of the three years’ project entered between iba and GBA, the BIG-P. Touring Delegates represented different fields of Biogas like industry, premier academic institutions,investor community, confederations and, so on.

On 14th Nov, 2016, the trip started with visit to BSR Biogas plant at Berlin-Spandau wherein the team was given a warm welcome and introduction of the Biogas plant was given vide a brief presentation. Then, the team went around to have a look at the plant. Thereafter the team visited DBFZ, the Bioenergy Research Centre at Leipzig wherein the team was again given a warm welcome and followed up with presentation on study and focus area of the research centre. The team then visited the pilot prototype of Biogas plant and the sate of art research laboratory.

On 15th Nov, the delegation team visited the Biogas convention at Hannover Messe. The three-day visit at convention was extremely insightful as it covered a wide spectrum of topics covering basics of Biogas to discerning discussions on immense range of possibilities that Biogas technology has to offer in German and International context. During the convention, the delegation team had the opportunity to visit the GBA exhibition booth and got introduced to the GBA team. The diverse profile of exhibitors in the trade fair covered the entire gamut of value chain in Biogas sector and had each one of the delegation team engaged with something or the other aligned to their respective vocation and field of interest.

The tour provided an opportunity for cross-functional interactions of several dignitaries from around the globe which shall be instrumental in effecting a paradigm shift in the Indian Biogas sector. Overall, the objective of the trip is immensely materialized with delegates having advanced understanding the German progress in the Biogas sector.